As the COVID-19 coronavirus continues to spread worldwide, the first members of Hollywood to be infected with the virus have been confirmed as Academy Award winner Tom Hanks and his wife Rita Wilson have tested positive for the virus. The pair are currently in Australia as Hanks preps for filming on director Baz Luhrmann’s untitled Elvis Presley movie for Warner Bros where Hanks will play Presley’s longtime manager Colonel Tom Parker. They released a statement about their conditions and confirming the news while revealing that they will undergo further testing and observation while remaining in quarantine for some time.

“Hello, folks. Rita and I are down here in Australia. We felt a bit tired like we had colds, and some body aches. Rita had some chills that came and went. Slight fevers too. To play things right, as is needed in the world right now, we were tested for the Coronavirus, and were found to be positive.”

“Well, now. What to do next? The Medical Officials have protocols that must be followed. We Hanks’ will be tested, observed, and isolated for as long as public health and safety requirements. Not much more to it than a one-day-at-a-time approach, no?” “We’ll keep the world posted and updated.” “Take care of yourselves!” Hanks posted the news on social media along with an image that shows a latex glove thrown into a wastebasket.

This marks the latest set back for Hollywood related to the spread of the virus as earlier today The CW series Riverdale suspended production after someone involved came into contact with a person who tests positive for COVID-19. The virus, which was officially dubbed a “pandemic” by the World Health Organization on Wednesday, has also led to the closure of high profile public events and conferences, including Emerald City Comic Con, SXSW, and E3. Multiple movies have also been delayed due to the virus, including No Time to Die and Peter Rabbit 2: The Runaway.

For those who are worried about the spread of the coronavirus, the CDC offers a litany of tips, including covering coughs and sneezes, avoiding large gatherings or close contact with people who are sick, and washing your hands with soap and water for at least 20 seconds. 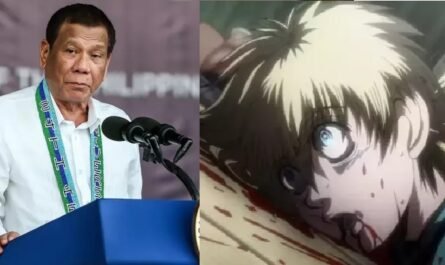