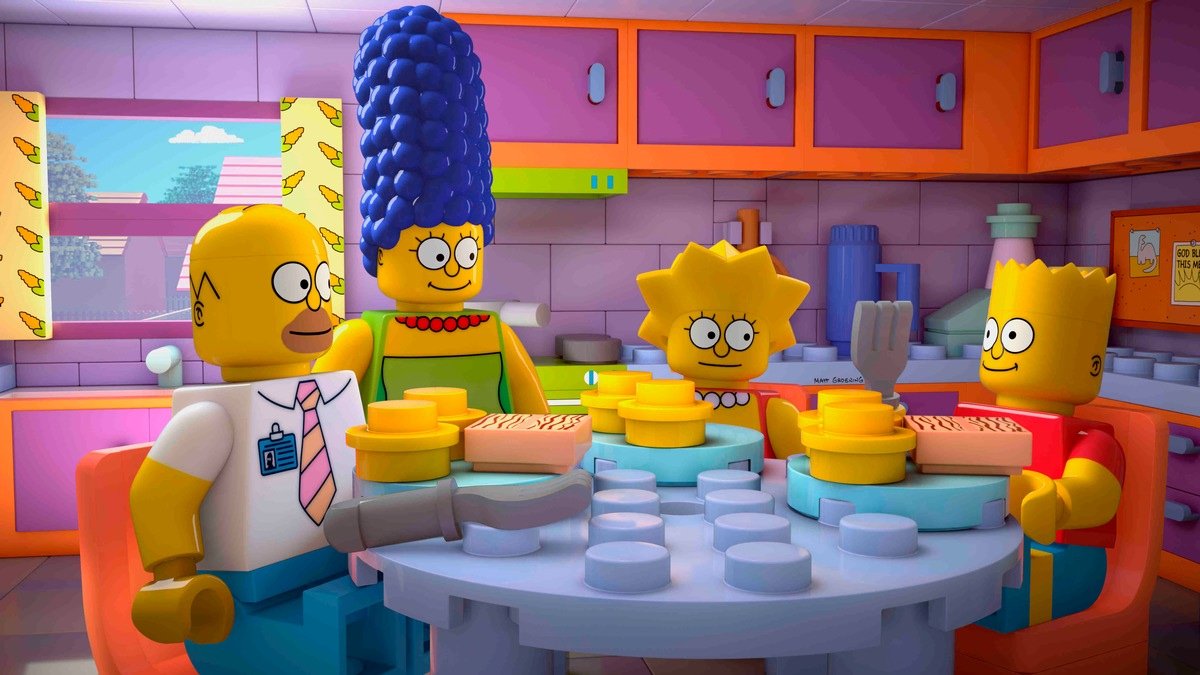 It turned out that the Japanese dubbed cast of the popular anime “The Simpsons” currently being distributed on Disney Plus will be changed. This is the second issue of changing voice actors in the Japanese dubbed version of the film, and fans have said, “We cannot accept the total replacement of casts that left behind the feelings of the fans.”

What are The Simpsons?

“The Simpsons” is a comedy anime loved in more than 70 countries around the world. It depicts the life of the Simpsons family, a ubiquitous middle-class family in the United States, with black humor and satire. It is also known as the longest-lived program in the history of American animation. In Japan, it has been appointed as a CM character for Suntory “CC Lemon” and “Mister Donut.” Since it is actively collaborating with popular fashion brands, not many people have seen it. Is not it. Such “The Simpsons,” but when it was decided to make it into a movie for the first time in 2007, fans rebelled violently because it was announced that an entertainer would be appointed as a Japanese dubbed cast. The predecessor of “The Simpsons Fan Club,” “The Simpsons Movie Version” The Simpsons “Voice Actor Change Thinking Group” is held by Toru Ohira (role of Homer), Miyuki Ichijo (part of Marge), Junko Hori (part of Bart ), and Kojiro. We conducted marketing research and signing activities in search of the continuation of Chie- san (part of Lisa), and the DVD version and Blu-ray Disc version of “The Simpsons MOVIE” include the theatrical release version (entertainer version) and the original version. And an unusual response was taken in which three types of subtitled arrangements were recorded. On the other hand, the dubbed version of the TV version was stopped at the end of Season 14. Since the subsequent episodes continued to support subtitles, fans such as the Simpsons fan club said, “The charm of the Simpsons Japanese version is a veteran voice actor. It is no exaggeration to say that it is due to the skill of dubbing by the team. “

Appointment of a new cast discovered on a rainy day-

Meanwhile, the situation changed significantly on July 7. The crossover of the Marvel work “Loki and Burt our large brawl (Original title: The Good, the Bart, and the Loki) ” when is delivered by Disney plus-American version, Japanese dubbed version is recorded It turned out that Mr. Jin Urayama (role of Homer), Mr. Yuka Takakura (role of Bart), Mr. Unochihiro (role of Lisa), and voice actors completely different from the original cast were cast. It was. Also, while the translation was changed from Seiko Xuga, who has been in charge of the Japanese version for many years, to Reiko Kamei, it has become clear that Hiroshi Mukaiyama, who has been in charge of casting after Season 6, will continue to cast. It was. If we were to take over the traces of the original cast, which can be a legend, including the future series, the pressure on the new cast would be immeasurable. Still, fans said, “I’m a little disappointed with the change of voice actors, but I can see the dubbed version again. While there are positive opinions, “I’m happy and very grateful,” “What does it mean that all the dubbed voice actors have changed?” “It’s the Simpsons because of those voice actors …” “Since I grew up in the Simpsons, I changed the voice actors. Too much … ” “Normally sad though it was Hori’s Bart Simpson likes of,” “Lisa Chie Kojiro also raised screams of the yo not be considered other than san! Do not change voice actor”. Also, in response to the acquisition of 21st Century Fox (currently FOX Corporation) by Walt Disney Company in 2019, “Did you finally take it? Disney” “The Simpsons voice actors were renewed because it is Company D. Some people are wondering, “I don’t think it’s a relationship around here.”

Toru Ohira as HomerEven after he left for heaven in 2016, many of the original casts are still active on the front lines, so I think it is possible to change only some of the forms and continue dubbing. (Mr. Ichijo, the role of Marge, is the role of Jody Sterling in “Detective Conan,” and Mr. Kamiyo, the part of Lisa, is the role of Percy in “Thomas the Tank Engine.” Even though the production side knew that “Japanese fans are eager to produce a Japanese dubbed version with the original cast” in the process of interacting with the fans, there was no announcement. There are also angry voices saying that it is a wrong move to produce a Japanese dubbing with a new cast and pre-release it on the American version of Disney Plus. In response to these voices, the editorial department of Netorabo told Glovision and Disney Plus, which are producing dubbed versions, “The Simpsons Japanese dubbed version cast change is” Loki and Bart’s Great Brawl (original title: The “Good, the Bart, and the Loki)” Is it only one work (Is there a plan to change the role of Marge in the future?) “Is there a possibility that the original cast will appear in another role? ” .. In response, Disney Plus replied, “We cannot answer in detail about the background of casting, but depending on the production schedule of the Japanese dubbed version, another person may be appointed.”

As the Simpsons family

When the editorial department of Netorabo was previously interviewed, “The only character in my life as a voice actor who wished” I want to do it! “Is Marge. Therefore, I decided to make a Japanese dubbed version in the future. Sometimes I want to do it again, “said Mr. Ichijo. Regarding the guarantee, because it is a legendary voice actor, “This work is not money. I do not know if I can say this from the voice actor’s point of view, but I am involved in this work that my dad ( Toru Ohira ) has cherished. It is important to our family, so even if you say “please” for a meager price, I will come out because I love the Simpsons from the bottom of my heart. ” I did. Chie Kojiro, who plays the role of Lisa, has the same view as Mr. Ichijo. There are also fans such as “Club,” so even if the day comes when I will leave the role of Lisa in the future, I would like to continue to be involved in “The Simpsons” in some way. ” It was. And it is known as an anecdote that Toru Ohira, who played the role of Homer, was looking forward to resuming dubbed recording after Season 15 and stated that “the guarantee does not matter” at that time. Unfortunately, that wish did not come true, but Mr. Ohira appeared all five times at the “Simpsons Fan Thanksgiving Day” held by volunteers and continued to spin his gratitude to his fans and his feelings for Homer.

After watching the dubbing of the new cast, the members of the Simpsons fan club told the interview, “Even though there are 14 seasons of accumulation, all the voices change, that is, the production of the work and the atmosphere change drastically. It’s a very wasteful act of throwing away all the property of the work that we have built up. Surprisingly many people, including us, have joined Disney Plus even though they have a DVD. It is still the season. I’m looking forward to producing a Japanese dubbed version for the original voice actors from 15. ” Based on the activity experience of producing his episode guide as a Simpson’s fan club, “If you ignore the feelings of the fans who have been supporting for a long time, a new dubbed version that took time and budget to produce a dubbed version While expressing the view that “it may reduce the number of subscribers,” he said, “I oppose the total replacement of dubbed casts, and at the same time, I request that the casts so far continue to appear after Season 15. I hope that you will make a wise decision once again. ” How will the production of the Japanese dubbed version of “The Simpsons,” which has been long-awaited for both fans and the original cast, proceed in the future? The production side may now have a chance to hear the voices of the fans. (Kikka) 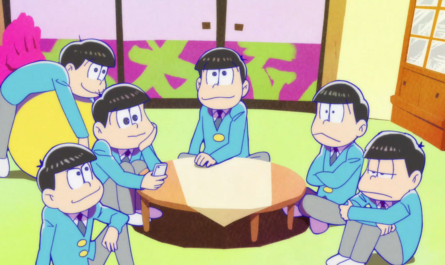 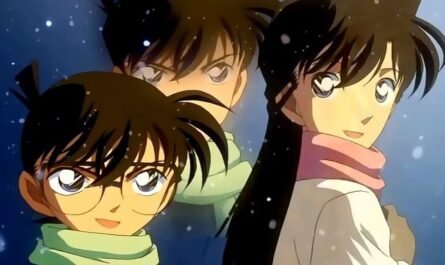 Which character would you like to go to a festival within a yukata? TV Tokyo, in the anime in which Takahiro Sakurai appeared in the affair report, ‘We are discussing. I can’t tell you what will happen.’ 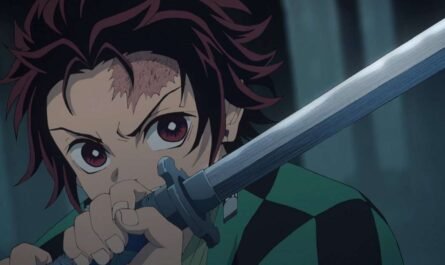 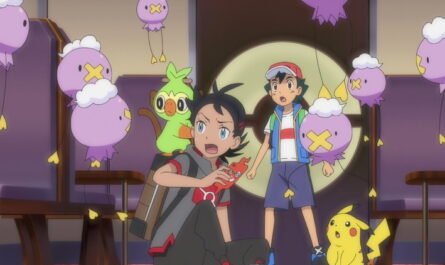 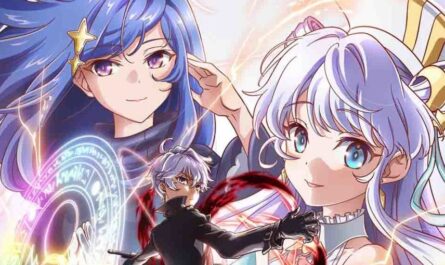 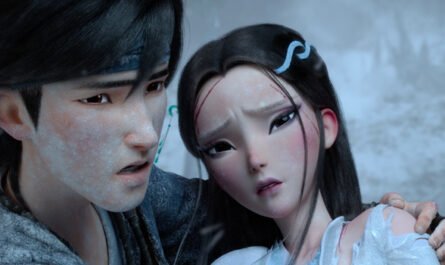 Chinese animation ‘White Snake: Engi’ ‘Only one knowledge’ that you should know before watching 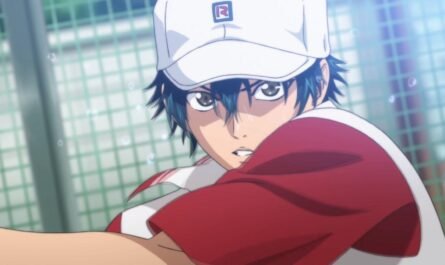 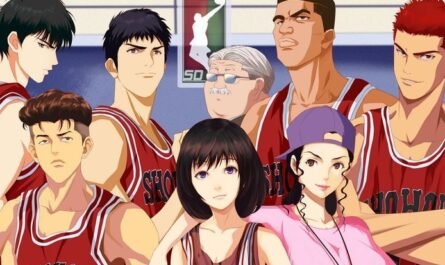 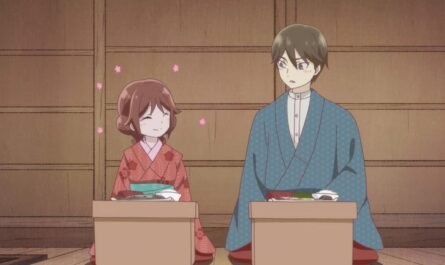