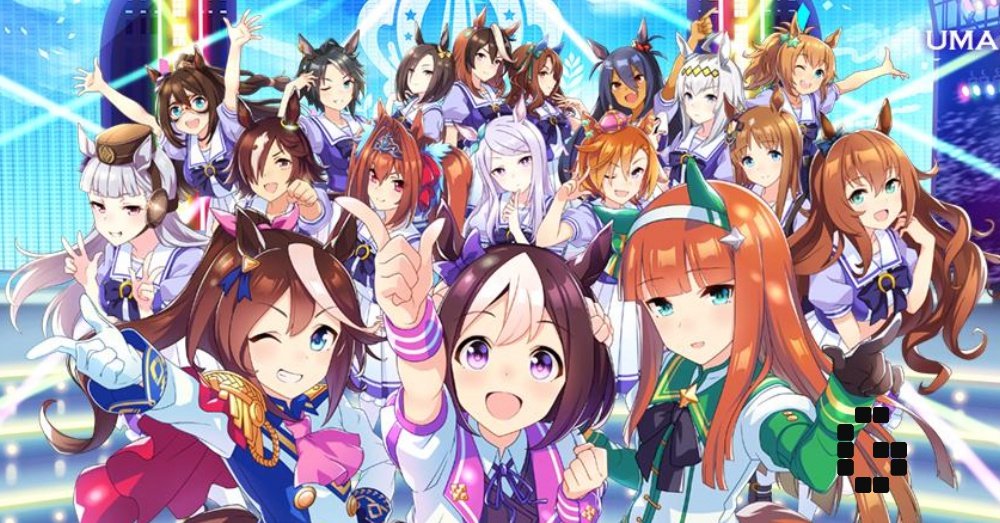 Sentence: Garson Yashiro The iOS, Android, and PC (DMM GAMES) compatible game “Uma Musume Pretty Derby” being distributed by Cygames. They introduce the episode of the breeding horse girl ” Fuji Kiseki,” which will be implemented on July 12, 2021, like a racehorse.
Summary of new information on “Uma Musume.” New training scenario “Aoharu Cup” main visual release. A new horse girl has also appeared https://www.famitsu.com/news/202107/11226744.html [Uma girl] Hishiama-san, also known as Hishiamazon, has finally implemented it as a training horse girl. In addition to the performance in the game and the original story of the story, the episode as a racehorse, such as a rivalry with Narita Brian, is also explained https://www.famitsu.com/news/202106/21224493.html Fuji Kiseki official profile in “Uma Musume” Voice: Eriko Matsui.
Birthday: April 15 Weight: No increase or decrease Three sizes: B84, W58, H82 A handsome entertainer who gently takes anyone’s hands. It is very popular with horse girls, but it is not a so-called tarashi, but always helps me kindly. Also serves as the dormitory manager of Ritto. She has a stage actress like her mother and wants to give the same impression to her in the race. Beyond that-looking at the phantom Triple Crown. Source: Quoted from the official website of “Uma Musume,” Fuji Kiseki became a person of Fuji Kiseki. Of the two dormitories, “Miura Dormitory” and “Ritto Dormitory,” in this work, Fuji Kiseki is the dormitory manager of Ritto Dormitory. The dormitory manager of Miho Dormitory is Hishi Amazon, where the breeding horse girl was implemented last time (June 21, 2021). Historically, they are one year old, but unfortunately, they didn’t meet in the race. It is the only horse girl only Maruzensky is not supposed to live in the dormitory. Maruzensky belonged to the stables in the Kanto region in historical fact. Still, it is probably because the Miho Training Center (model of Miho dormitory) was not completed yet, and he was not in Miho when he was active. At that time, he lived in a stable in Tokyo Racecourse instead of Miho Training Center. In the horse racing world, the Kansai (Ritto) predominance continues, and many characters belong to the Ritto dormitory even in “Uma Musume.” Therefore, Fuji Kiseki, the dormitory manager of the Ritto dormitory, has many turns and shows his face quite often, mainly in the training mode. There are scenes where ” ponies (junior horse girls)” are made into Trico with the sweet mask and words and deeds. Fuji Kiseki’s Ability As a racehorse, Fuji Kiseki has won 4 races and four wins, including GI’s Asahi Cup 3-year-old stakes (currently Asahi Cup Futurity Stakes) GII Yayoi Award. I was looking forward to the ability of “Uma Musume” because I didn’t show the bottom, but the achievement in miles was bought, and it became Mile A. As for the lead A, I think it’s convincing because he is good at the lead-out type yokozuna sumo.
The unique skill “Vaudeville of Glitter” also reproduces such a leading escape tactic. Racehorse Fuji Kiseki The birth of Fuji Kiseki On April 15, 1992, Fuji Kiseki was born in Japan. It has a beautiful, well-proportioned horse body with a brown bay (*), and was the first horse named an expected horse on the ranch. The stars on the forehead (white pattern) and outstanding proportions are reflected in the character design as a horse girl in an easy-to-understand manner. * Brown brown: The whole body is almost black, and the area around the eyes and nose, armpits, and ribs are slightly brown (according to the JRA official website). My father is a large stallion that shines brightly in the history of Japanese horse racing.Sunday SilenceSilence). During his active career, he was a famous horse in the United States with 14 races and nine wins (including 6 GI wins) and was also the representative horse of the year in 1989, but at that time, his pedigree was low. Therefore, the Japanese ranch, which had been attracting attention since the days of active service, offered to buy it and import it.
The farm is also said to have come from the large stallion Northern Taste (Mejiro Ryan’s grandfather and Matikane Tannhosa’s father, famous for his love of cats). As expected, Sunday Silence overturned its low reputation in the United States and became a great success in Japan. A good racehorse doesn’t necessarily mean you can be a good stallion, but Sunday was good at communicating his racing abilities. In addition, it has the advantage that it is easy to bring out the goodness of the compounding partner, and it produces all kinds of active horses from short distance to long-distance and dirt. . The Japanese pedigree scene has been repainted. Fuji Kiseki was one of the first year’s production pieces and was the earliest racehorse to stand out. In addition, he has been active for a long time since his debut as a stallion and was also the leading “Sunday Silence” stallion. From such an “eldest son” standing position, he may have become a dormitory manager. Other horse daughters whose father is Sunday Silence include Special Week, Silence Suzuka, Agnes Tachyon, Manhattan Cafe, Air Shakur, Zenno Rob Roy, and Marvelous Sunday. The name “Fuji Kiseki” comes from “Fuji Kiseki (a rare stone of Mt. Fuji).” It seems that Mt. Fuji and Kiseki (also known as miracles) have the meaning of wishing for glory. Fuji Kiseki’s race performance A series of racehorses boasting overwhelming abilities have been produced one after another, and Sunday Silence’s horses have swept the Japanese horse race. Still, on the other hand, it is also famous for many horses with a bad temper.

There are numerous episodes of the evil deeds (?), Such as not moving at all during training or standing up and rampaging when something you don’t like. Such characteristics may be passed down to grandchildren, for example, as a certain goshi. , There was also a rough man who suddenly kicked another horse (Tosenji ○ -dan). Fuji Kiseki was an honor student in that respect and ran well in training. However, he didn’t like the start practice, and he failed the “gate test,” which is essential for racehorses, five times. Even if I thought that I entered the gate quietly, it seems that I was biting annoyance to the staff who did not know that the door would open on purpose. Even in games, you can get a glimpse of such a naughty personality at events such as Sweep Tosho.

August 20, 1994, when the stable staff overcame such hardships. Fuji Kiseki made his debut at the Niigata Racecourse’s 3-year-old new horse race, turf 1200 meters. The result was an overwhelming victory of 8 horses without using a stick (whip). It’s a big win with a time difference of 1 second and 3 seconds, but it’s surprising because this is a story after being late at the start. In the second race, we moved to the Hanshin Racecourse in Kansai and had maple stakes with 1600 meters of turf. This race also wins comfortably.

What’s more, the course record marked by Hishi Amazon at the Hanshin 3-year-old mare stakes (currently Hanshin Juvenile Fillies) in the previous year will be updated by 0 seconds 4. In addition, it was Tayassu Tsuyoshi who desperately smashed into second place in this race, who will win the Japanese derby the following year. From this, you can see how ridiculously talented Fuji Kiseki was. The third race was the Asahi Cup 3-year-old stakes (currently the Asahi Cup Futurity Stakes) held on the 1600-meter turf course at Nakayama Racecourse. What was seen as a rival of Fuji Kiseki here was the attention-grabbing foreign horse ski captain.

The following year, Toshihide will be the first Japanese horse to run in the Kentucky Derby, the first round of the American classic. The horse is bloody, and his half-sister Ski Paradise has won the French GI Moulin de Longchamp Award. I thought that this was a crucial moment, but Fuji Kiseki lightly treated the ski captain and won. Instead, the first time in front of the goal, I should praise the ski captain, who was so close to letting Fuji Kiseki use a cane … Many horse racing fans took off their hats because of the strength of Fuji Kiseki, saying, “There is no enemy in the same generation anymore. There is no doubt about the Triple Crown horse.”

The first race of the year was the Nakayama Shiba 2000m GII Yayoi Award. The profile of Uma Musume says, “Weight: No increase or decrease,” but since her debut, she has been steadily increasing to +14 kg, +6 kg, and +16 kg, reaching 508 kg in this race. It was. However, it seems to be a dignified physique rather than a thick one, and the height (168 cm tall) and nice buddy in “Uma Musume” may come from that area. The race was the first heavy riding ground, but I could easily win without a cane once again. Perhaps I could see the second Hockyle Saw chasing after me from behind; it is an energy-saving driving method that accelerates and pulls away only at the end. Fans were also enthusiastic, “When will Fuji Kiseki get serious?” Rather than the Triple Crown.

However, there are many good things. Immediately after the Yayoi Sho, he suffered from a disease called “bowed tendon,” an incurable disease for thoroughbreds. In humans, the bowed tendon is like the Achilles tendon (although it is a rather rough analogy), and when it becomes severe, it cannot stand = there is a risk of death, and it is a complex disease to cure completely. Even racehorses have become horse girls, such as Winning Ticket, Biwa Hayahide, Narita Brian, Mayan Top Gun, Seiun Sky, Agnes Tachyon, Daiwa Scarlet, etc. Many Yushun has left the turf due to this disease. Fuji Kiseki showed overwhelming talent in the four races up to the Yayoi Award and was expected to play an active role as a stallion. Became. I can’t show it. Fuji Kiseki was introduced as a “phantom triple-crowned horse girl” in the final episode of the TV anime Season 1. It was probably called a “phantom triple-crowned horse” in historical facts. Always extra in “Uma Musume,” The probable standing behavior may have been influenced by the unfathomable ability of a racehorse. Super popular stallion life Thus, Fuji Kiseki was retired before the classic season, but his life as a stallion started without a break. My father’s Sunday Silence also raised shares due to the spectacular activities of the first generation, such as Fuji Kiseki, Tayassu Tsuyoshi, and Genuine, and the seeding fee soared. The ranch, which was out of hand, sought Fuji Kiseki as a substitute. As a result, 118 brides gathered from the first year, and after the appearance of GI horses in the production piece, it became even more popular, and it was decided to seed 2889 horses throughout their lives. This is the second-highest record after Curren Chan’s father, Kurofune. 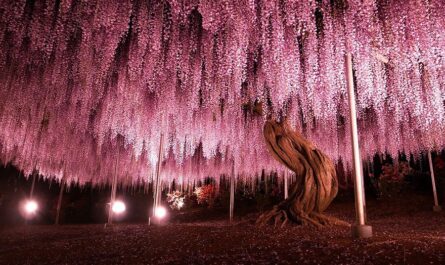 A Spotlight On Systems Of Buy Mail Order Bride 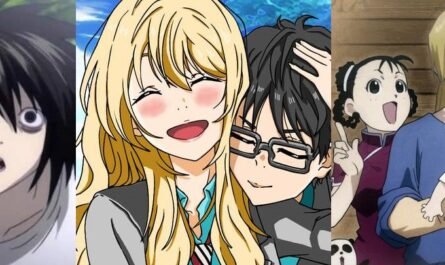 The 10 Best Anime Series To Watch On Netflix Right Now 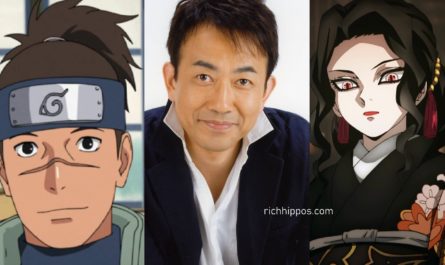 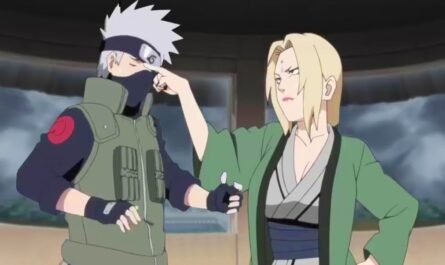 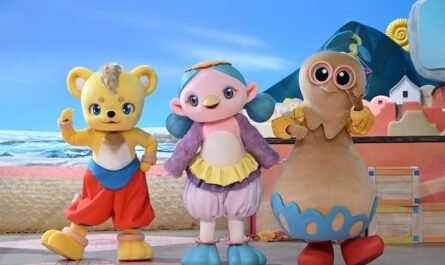